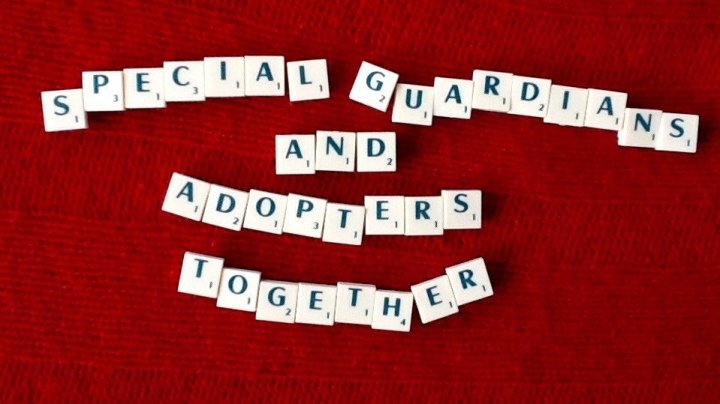 Context is everything – especially in court

Like many adopted children my son had a very difficult start in life. He has a right to privacy, which I respect, so I don’t talk about his past – unless it is to professionals. Professionals need to know the context of my child’s difficulties – context is everything in adoption. But in court, in the adversarial court proceedings, the direction the case went was largely controlled by the Local Authority and Cafcass Guardian. Context was not what they wanted the court to think about. They wanted the court to think about me, and they wanted me to look bad.

We had ended up in court in the first instance, or so it seemed to me, because in court, the LA were able to deflect away from their own negligence and failings, which were the subject of a Formal Complaint and media scrutiny, and to shift the focus instead onto my parental capacity. Once the case went to court the Local Government Ombudsman stops investigations, and there can be no media scrutiny either – effectively I was being silenced. I could see this but the Judge could not.

Being informed by the local authority’s social care professionals that I was mentally ill, which is how court proceedings began, conferred a degree of credibility to these spurious allegations, such that the Judge would have to consider it worthwhile investigating further. I felt held over a barrel when the Judge asked if I would consent to a psychological assessment to ‘draw a line’ under the allegations (which proved false as I knew they would). Unfortunately, by agreeing, it meant my son was removed until the assessment was done. This took four months to complete. Had I known it would have taken so long I would never have agreed. The impact of the removal was that my child became destabilised, as he was re-traumatised by the earlier removal from his birth family. At the same time the LA set to work to find fault with me as a parent, and try to discredit me. They made sure the messages my son received were that I was not a ‘safe’ parent for him, thereby potentially undoing all the good work done by others and by me.

The LA won their case because of the threshold of ‘Beyond Parental Control’ – which is a huge problem for families like ours, where a child is emotionally dysregulated because of the legacy of the past, and needs to feel in control, in order to feel safe. Context is everything for families like ours – where there is trauma. It pervades every aspect of family life with invisible triggers to the past.

It was soul destroying that my adopted child was removed against his wishes and mine – and I was hung out to dry by the very people that should have been supporting me as a parent. The ethics of this do seriously need to be thought about.

“I am here because my child wants to come home” – I told the LA senior managers, with whom I met with to try and talk about reunification. “That is not what he says to others”- they told me. I knew this was a falsehood but it was one I could not prove – not with the Cafcass Guardian disagreeing with Care Order discharge – until my child was finally allocated his own solicitor. These professionals and institutions were far more concerned with protecting their opinions and avoiding scrutiny than protecting the child. Professional arrogance and organisational defensiveness took the place of empathy, support and care.

It took me three and a half years to get my son home, with all public law orders discharged.

It appears that the Local Authority’s senior managers were able to misappropriate the Family Court, without being called to account by anyone at all – they seem to be above the law. They are also able to be profligate with the public purse, with no one scrutinising their conduct – because court is certainly not cheap! The residential care my son needed, when foster carers could not be found, was also not cheap.

Seeing how the conduct of the Local Authority and Cafcass goes unchecked, has made me realise that those who are supposed to represent the interests of children are, in effect, above the law. No one should be above the law. This is why we need to update legislation to bring about greater accountability. Legislation needs updating and it should protect those it is intended to serve – especially children with a history of severe abuse and neglect. When the system works against these children, as it did in this case, it is a broken system.

Please sign this petition, which calls for urgent action to update legislation and guidance to the Children Act 1989.

Sections 20 & 31 of Children Act are currently unworkable, resulting in a care crisis. We call on government to take urgent action to make changes to legislation & guidance to protect the parenting/caring role from a distance by:
A more humane ethical family centred approach where birth & adoptive parents & special guardians can be seen as part of the solution & not part of the problem, in striving to do their best caring for their children.
Safeguarding vulnerable children with new legislation & legal frameworks that also supports parents/carers when children are ‘beyond parental control’ which may be related to poor mental health, disabilities, early life trauma, abuse or neglect.