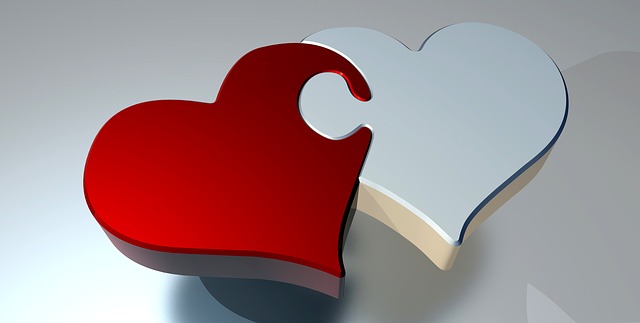 The exact numbers of children under Adoption Orders, Special Guardianship Orders and Residence Orders re-entering care is unknown because the data submitted by Local Authorities about the child’s legal status is often not provided by LAs – data on nearly 4k children is missing from the government statistics. This means planning for these children, who have tried their best to trust again, and lost two families, is impossible. They are lumped in with all the others and so are their parents and carers. Their parents and carers are, sadly, not likely to be viewed as a resource when the child re-enters care. Not when the ‘baton of responsibility’ is thought to fall on the corporate parent by our children’s minister/government – even though, as adopters, we retain parental responsibility for the child or share it with the state. The situation with special guardians and kinship carers is unclear. A Special Guardian Order ends when a child is 18 – whereas an Adoption Order is permanent.

Why do children re-enter care?

Many of our children will be going back into care because they are too hard to care for when support is lacking under austerity measures. They have ‘hidden’ disabilities resulting from early life abuse, neglect and trauma – often combined with conditions like autism or FASD.

The impact of early life losses needs careful consideration with us

Our children have already suffered the trauma of separation and going back into care brings back painful memories, which cannot be dealt with. Sometimes the best defence is to push everyone who is needed away, so that there is no pain anymore when losses come. As a peer led awareness raising group we have seen many cases where this scenario is being misinterpreted by a professional or agency. This may be one way to justify the decisions made at higher levels in organisations to separate the child from their family instead of providing support. The costs involved when our children re-enter care are so high it will inevitably be senior managers (who never meet the child), who make the decision to support or pull the plug on a family. Whatever the reasons for decisions taken, the child’s wishes and feelings are often not given proper in-depth consideration in the context of the separation trauma. To an authority deciding to remove the child, the child seems ‘fine’ without us, and sometimes says ‘they don’t want us’ any more. Our children will push us away at times but the reasons for this are not due to cruelty or neglect on our part, or because we did not buy them the right presents or gifts! They are more likely to be down to constraints around contact or family time that are imposed on us. Sometimes the approach taken is deliberately done to break an attachment with us, so that a new attachment might form with a foster carer – with whom every effort is made. It is such a misguided way of doing things – and it doesn’t work. When times get tough the foster carer hands in their notice. Another rejection for the child. Vast sums of money are spent that would show the £12 million, which is recently added to the Adoption and Special Guardianship Support Fund, for the drop in the ocean this fund truly is – were these sums that are spent to be revealed. Seven thousand children in residential care, which is where many of our children and young people end up, costs the state £1 billion! Yet at least 100k adopted, special guardianship and kinship cared for children warrant a fraction of this for support.

Battling against instead of working with

Our cases are so complex -LAC reviews and adversarial courts, where it is our parenting capacity rather than the failings of agencies that are the primary focus of scrutiny due to problematic thresholds, are not the places to resolve what can be deep and entrenched misunderstandings about us. Trying to do so can just make things worse it seems – for we are not ‘compliant’ when we disagree with the approach and decisions that are taken about our children by the state. The judiciary are not infallible and even the Court of Appeal has seemingly no notion of the harm that can be done by the making of a Care Order, with the way it is applied, and the refusal to allow an appeal to a higher court. Wardship is almost never thought about it seems and we are thrown back onto to a system that stigmatises and shames parents and carers whose children are cared for by the state. We become an inconvenience when we ask for too much for our children – for therapy or for their educational needs to be thought about properly with us. It is quite extraordinary how money will always be found to protect the reputation of an agency in our courts – where it is not found to help the child and family. We may struggle in these courts, sometimes as litigants in person, against Cafcass Guardians, barristers and legal professionals who, from a legal perspective, look for fault with us, whilst the natural justice we understand seems to go by the wayside. If we do ‘win’ the case then the other parties acceed – and with no Judgments to publish there is no learning from our cases.

Our Connections Survey revealed that the partnership working that is needed when children re-enter care can be woeful, with only two out of 41 respondents managing to achieve ‘good partnership’ working with their local authority. Yes there are issues of selection bias and respondent bias with such a survey – but surely some thought needs to be given to these findings?

Parents, guardians and kinship carers are no match for a local authority joining forces with other agencies, when professionals all share a very different perspective and do not give enough thought to the impact of the child’s past. Battling against what can be an army of ever changing professionals it is easy to get labelled as ‘difficult’ when there is disagreement, or if the funding to provide therapy for the child is lacking. We see parents and guardians in our group facing so much criticism and condemnation from the very people that should be helping them. They become ill with the strain of it all. It is just so sad. These were people who wanted to help children who had lost the right to live with their birth parents – sometimes because of appalling abuse, but sometimes with no actual harm caused by their birth parents at all. Thirteen out of 171 respondents in our Connections Survey reported children were removed from birth parents solely because of the ‘risk of future emotional harm’. We must stop demonising parents and carers when children are removed. It does not do any good. We are caught up in the same system when we were meant to be part of the solution.

There is no more ‘Adoption and Special Guardianship Support Fund in these cases if the LA decides not to reunify. There never was any funding for children living with families under Residence Orders or if the special guardians had prevented the child going into care initially when they were removed from their birth parents. These are the same children – but some can access specialist support and some can’t. And what happens when the funding, capped at £5k is not enough? What choice do parents and carers really have when support is lacking and they cannot safely care for a child? Should we really be calling the family a ‘disruption’ – labelling them a ‘breakdown’, blaming the parents and carers and removing the child? Making adopters feel they can never be ‘real’ parents as they try and look out for the child in care to help them get the support they so clearly need. Offering no models or frameworks for rehabilitation and reunification that do not presuppose further abuse or neglect in the second family? (Please see the NSPCC reinification framework – Option 13 of the Care Crisis Review)

Christmas can be and will be a desperate time for these children and families. Living apart from loved ones is hard for an adult – never mind a child who has suffered unimaginable loss in early life.

Lets work together and sort this out

Lets hold these children and their families in our thoughts at Christmas – and work together so that this time next year there is more understanding about the impact of second family loss on a child. Please lets not be saying the same thing in a years time. Lets co-create a system that really works for those it is intended to serve – the most vulnerable of children who have already lost one family – and not against them, when they go back into care.